FIVE OF THE WORLD’S MOST EXPENSIVE PIANOS

Pianos are among the most common instruments in the music industry, and they come in so many shapes and sizes! A traditional piano is not a small purchase, but some pianos take “grandiose” to a whole new level. Also, some musicians like to showcase their skills on one-of-a-kind piano creations.

While the average price of an upright piano ranges between $3,000 and $6,500, we rounded up the five most expensive pianos in the world. Though they play and sound the same, some of these over-the-top pianos are extravagant, unusual, and showcase the luxurious lifestyle of the rich and famous. Others tell stories of humble beginnings and get their value from their legacy, not their manufacturing.

Imagine the beauty and uniqueness of a piano body made entirely of pure crystal! That’s what the Chrystal Music Company created. The crystal body lets you see all the inner parts of the piano, revealing the beautiful inner workings hidden inside every piano.

This one-of-a-kind piano made its debut in front of a billion spectators during the 2008 Beijing Olympic Games opening ceremony. World-famous Chinese pianist, Lang Lang, enthralled the audience with a young protégé who had only been playing piano for about a year.

All this luxury and nostalgia comes with an equally luxurious price tag. After the ceremony, the crystal masterpiece was “retired” and sold at auction to an anonymous bidder in China for a breathtaking $3.22 million! The Crystal Music Company’s crystal piano currently holds the title of “most expensive piano” (and possibly the record for shortest concert career for a piano).

Sometimes it’s not the piano itself that makes it priceless, it’s the piano’s legacy. Such is the case with this Steinway Model Z. It’s a plain, simple, brown piano that looks like it’s seen countless hours of practice and might have come out of any home.

There are no elaborate inlays or lavish designs; yet, this modest Steinway and Sons piano is valued at an astonishing $2.37 million! That’s because the musician who tickled those keys is none other than John Lennon. The legendary musician wrote his famous song, “Imagine” on this piano.

Many experts say this is the second most expensive piano in the world, not because of how it’s made but because of who owned it.

British Pop star George Michael shelled out a hefty fee for this priceless piece of musical history to save it from going into storage or leaving England. At the time of purchase, George said he would keep it for a few months to see if he could play it on an upcoming album. He promised to then turn the piano over to the Beatles Story museum in Liverpool.

This piano isn’t made of priceless gems, and it wasn’t owned by an all-time music legend (though Bono did play it). The Red Pops piano is arguably the third most expensive piano in the world because it went for $1.925 million at Sotheby’s (RED) Auction. All the proceeds from the auction benefited “TheGlobalFund to Fight AIDS, Tuberculosis, and Malaria in Africa.”

Bono, the lead singer of the band U2, was the brain behind this piano. He wanted a rich, eye-catching, two-toned color scheme for the piano that would be the centerpiece of the combination auction and concert. As the story goes, Bono decided on red and white because they are colors of wealth and lavishness. Steinway and Sons donated the piano to the worthy cause.

The piano did steal the show as Bono and Chris Martin performed “Perfect Day” on the one-of-a-kind Steinway. Later, it was the most expensive item sold at the charity auction.

If you’re searching for wild and expensive, look no further than the Galaxy Piano. Looking like a creation straight out of a Dr. Suess picture book, this futuristic piano has so many details, it’s hard to know where to begin. The fiberglass body is plated in 24-carat gold and has an automatic lid. This is also the only piano design in the world that features curved keys.

Manufactured in the United Arab Emirates by “Galaxy Instruments,” the company (probably wisely) classifies itself as a “luxury item provider,” not a musical instrument manufacturer. The piano sold for $1.36 million, quickly ranking it among the five most expensive pianos ever created.

Only five of these futuristic pianos were created. All five all found homes in luxurious mansions around the world. So, if you’re itching to own one, you’ll need to either wait for one to appear at auction or sleuth out one of the lucky owners and make an offer they can’t refuse.

There are probably a few pianos with higher estimated values. Still, this baby grand seems to tug at the heartstrings of many Americans. Legend has it Marilyn’s mother purchased this banged up, white lacquered piano secondhand from the movie star, Fredric March. The original manufacturer is unknown.

Later, Marilyn’s mother was sent to a mental hospital and Marilyn to an orphanage. Years later, when she began making money from her modeling career, Monroe went looking for her beloved Fredric March piano. She found it in an old auction house.

Marilyn Monroe is better known as a model and actress than a musician. She only appeared in five movie musicals, and she gave a few other musical performances. Still, her secondhand baby grand holds sentimental value for any Marilyn Monroe aficionado.

In 1999 singer Mariah Carey purchased the old white piano at an auction, saying she would ensure the instrument ends up in a museum. Currently, the baby grand’s value is estimated at $662,500.

Whether pianos are expensive because of how they are made or who played them, one thing is true: every piano of every estimated value has a story to tell. From cozy evenings of family sing-a-longs to concerts on the global stage, the most valuable piano is the one that allows a musician to express their feelings through song.

It’s also true that even the most expensive pianos in the world should be tuned and maintained regularly—but that’s another story for another time. 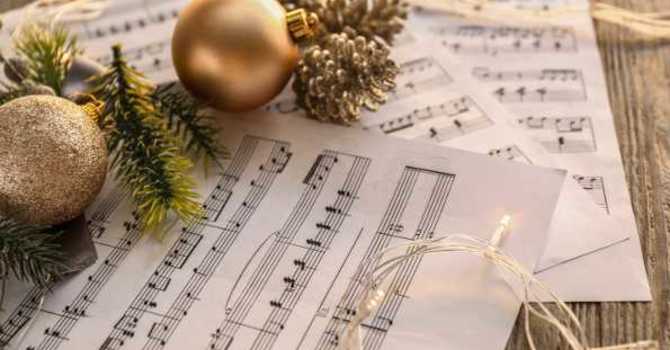 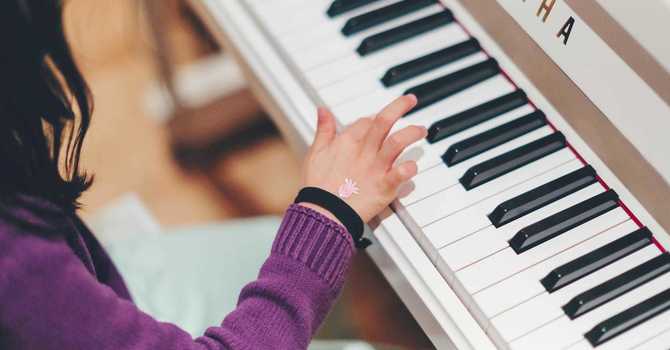 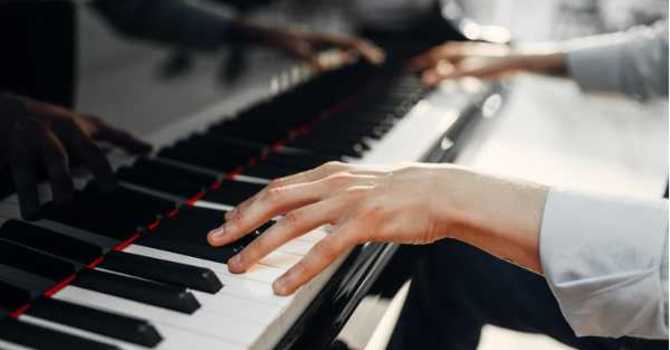